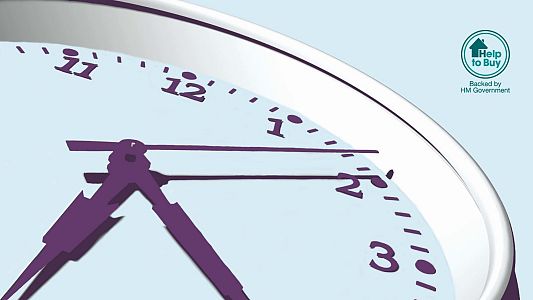 EPC - D. Approached via a quiet road, this property is nestled nicely within the development overlooking a charming green, this wonderful home is offered to the market with a red tile hung façade, single garage and parking. Upon entering the property you are greeted by a good size hallway which leads straight to the kitchen/diner making this the focal point of the home where you are able to enjoy the views over the garden and watch your children play. Double French doors allow the entire space to be awash with light and provides access to the rear garden. The living room is a great retiring room for the evening after a day's entertaining.

Heading up the stairs, the landing provides access to the master bedroom, two additional bedrooms and a family bathroom. The landing also accommodates the loft hatch and an airing cupboard of which houses the pressurised Megaflow water system. The master bedroom comes complete with an en suite comprising a large enclosed shower and there are two further good size bedrooms, one with built-in wardrobes, plus a contemporary family bathroom.

To the rear the garden is a great space for entertaining with a good size patio as well as an area of lawn, there is a potting shed and access via a gate that leads directly to the garage.

Kirdford is an attractive village between Billingshurst and Petworth providing a delightful rural setting with facilities including a church, two pubs, a village green and an award winning village store with further shops and primary schools at the nearby villages of Wisborough Green, Loxwood and Plaistow. Petworth is an attractive old market town boasting a regular farmers market, first class deli and shops catering for every day needs, a wealth of antique shops and a primary school. More extensive facilities can be found in the historic village of Billingshurst which lies approximately 6 miles away offering a good range of shops including a supermarket, pharmacy, butcher and baker. There is also a leisure centre with swimming pool and a mainline railway station which provides a frequent service to London/Victoria. Cranleigh is approximately 11 miles away, Guildford 18 miles and Gatwick International Airport approximately 28 miles.

Why live in Billingshurst?

Billingshurst is a thriving village with a welcoming community, a pretty high street and a wealth of shops and leisure facilities. It has a quaint mixture of old and new properties, including farmhouses, timber-framed buildings, thatched cottages and modern developments. The heart of the village is in a Conservation Area, which protects and preserves the character of The Green and the local buildings, such as the row of medieval terraced houses that are set back from the main road.

Many later additions were designed to include features to reflect the medieval, Edwardian and Victorian homes in the area, such as the red brickwork and projected front gables, which add to the very distinctive style of this beautiful West Sussex village.

There are two local schools – Billingshurst Primary School and The Weald School & Sixth Form, which shares a site with the Billingshurst Leisure Centre. Other local facilities include the football and cricket pitches at Jubilee Fields, a skate park, fishing lake and lawn bowling club. The village is also home to a large library and the Billingshurst Community and Conference Centre that hosts a range of sports clubs and regular activities such as the monthly film night.

Plenty of leisure time can be enjoyed on the Wey and Arun Canal – just hop on one of the three tourist boats that run from Loxwood. There’s also an abundance of independent stores and many traditional pubs in the village, including The King’s Arms and the King’s Head and a selection of restaurants and cafés that cater for all tastes.

If you’d like to buy, sell or let a property in Billingshurst, get in touch with your local team and discover the Henry Adams difference for yourself.

An extended and spacious 4/5 bedroom semi detached house situated in within close proximity to Billingshurst High Street and with the added benefit of its own off...

A charming semi detached three bedroom house which has been called home for 50 years. The property offers a generous space with a potential to increase and would...

A spacious and open plan three bedroom, two reception room house which has been further improved by the current vendors by opening up the kitchen into a large sitting...